New Writing Night by Instinct Theatre. Instinct Theatre is producing their first new writing scratch night based on the theme ‘The World Today.’ This night will bring together actors, writers, directors and theatre makers for a night of new writing, experimentation and networking.

Many many things happening at this exciting new venue.

BlueAsh Theatre Company and Siberian Lights are delighted to come together to present a rehearsed reading of ‘The Subject’ by Carolyn Kras, as part of The Subject Project. This is an international theatre movement initiated to raise awareness about sexual assault issues and protest lenient rape sentences such as the Brock Turner case. We are working alongside the #NotGuilty campaign. Following the reading, we will be leading a panel discussion with prominent figures from charities and companies committed to working in this field. This includes those who have worked with both survivors and perpetrators. — BlueAsh Theatre Company and Siberian Lights have come together to tell stories that matter, with women at the heart

Slam also have weekly Spoken word by Spit the Atom and Comedy by Funny Feckers,

A desperate woman. A man with an unusual job. And a forbidden kiss that changes everything. Richard Bean’s new play is a beautiful and unorthodox love story about two people struggling to escape the guilt and ghosts of the past, set against the shifting world of London post-World War I. Multi-award winning writer Richard Bean returns to Hampstead for the first time in almost 10 years following In The Club. His other plays include One Man, Two Guvnors, Great Britain, Made in Dagenham and the recent sell out hit The Nap, which starred Jack O’Connell. Anna Ledwich returns to Hampstead Downstairs following Labyrinth on the Main Stage. Her previous Downstairs sell-out hits include Donny’s Brain, The Argument and the Olivier Award nominated Four Minutes Twelve Seconds. 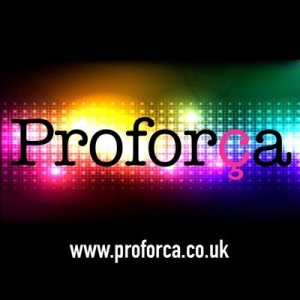 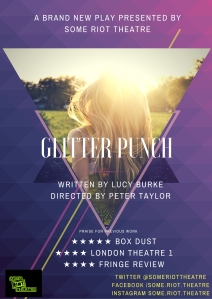 Some Riot Theatre serve you up a tale with a punch (see what i did there). Fresh from sellout London & Edinburgh shows, Some Riot Theatre present ‘Glitter Punch’ a brand new coming of age play. 16 year old Molly wants to escape her her dreary college existence, her over worked mother & alcoholic stepfather. When she collides with the mysterious John, the two embark on a journey of forbidden love, pushing the boundaries of conventional romance & forcing us to question how far we would really go for the one we love.

Wednesday 2nd November at 9pm
Thursday 3rd November at 9pm
Tickets: £10 | Concessions: £8
‘Choosers’ by Cuckoo Bang Theatre who last did ‘In My Head’ about mental health bring you a play about Homelessness. Alfie and Reg are homeless. A series of unconnected events has led them to this park, at this time, under this tree. As time unfolds, an unlikely friendship forms as the two men navigate through life under the light of a single lamp post. Choosers is a funny and tender new play about male companionship and the humanity behind the label of homelessness.