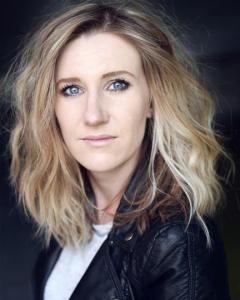 They’re teaching our children, but are they teaching the right things? Three young teachers navigate their way through adulthood and educating. A peak inside a state school staff room. With fad diets, Instagram abs and the government imposing a sugar tax, do the educators even know what is good for us? A Geography, History and PE teacher form an unlikely friendship within the dynamics and the solace of the staff room, bonding over all that matters; biscuits and banter. The Staff Room, following it’s 5 star review from London Theatre 1 at Theatre N16 in the Summer, has been offered it’s first professional outing at the Queens Theatre Hornchurch in July 2017.

A look at 2 NHS nurses struggle to maintain their head above water. Performed at sell out nights at Edinburgh Fringe Festival 2016. Due for a run 20-26th Feb at Barons Court Theatre 2017 and Wandsworth Fringe at Fragility Takeover at The Cats Back 2017. Supported by RCN Rep and #ScrapTheCap Campaign for nursing pay.

Love and all That Crap by Oliver Retter

“And they all lived Happily Ever After”… Bullsh*t!

OCD Theatre (Original, Contemporary, Dynamic) emerged from East 15 Acting School’s Contemporary Theatre course and has continued to produce intriguing new work which were praised for their daring and eye-opening subjects

Written & performed by Oliver Retter. With special thanks to Adam Weeks and Lottie Finklaire for their dramaturgical support.

Love And All That Cr@p contains strong language and a ridiculous amount of glitter.

Birth of a Nation written by Dave House & produced by IndigoChildArts

Satirical look at the failings of a Tory government riddled with NHS pains, Boris Johnson and Brexit.

We are very proud of all our plays that have gone on to be developed and hope to hear more about their progress in the future.

Now we look forward to 2017- Deadline for the first scratch with the theme ‘Working Class’ is Jan 7th. Send submissions to tanheartssteph@gmail.com or tomstocks0805@gmail.com. We are looking for 4 shows, 15 minutes long with 3 actors max and 1 director.