’53two’ is Manchester’s newest, biggest and most versatile Arts Venue, managed by Manchester Actors’ Platform. Spanning two of Deansgate’s famous tunnels, the venue is made up of two separate components; ‘53’ & ‘two’. The venue will be operated primarily as a theatre and cafe, with the space also offering room for exhibitions, gigs, events, celebrations, rehearsals, classes, conferences, banquets, weddings and more. ’53two’ will be operated as a charity and once running costs have been met, actors and creatives paid, profit will be held in a ‘pot’.  At regular intervals, the sum or portions thereof will be donated to upcoming artists, actors and/or musicians as a bursary to train, record or develop their work.

JB Shorts’ hugely popular and critically acclaimed formula of ‘Six fifteen Minute plays by top TV writers’ has been attracting thousands of Manchester theatergoers to the basement of Joshua Brooks for the past eight years. After the sell out success of our last few seasons, we have found a new home at the incredibly exciting new arts Hub 53two.  JB Shorts writers and actor James Quinn comments ‘The JB Shorts team are incredibly excited about this move, as the versatile theatre space in Deansgate’s famous tunnel offers the underground atmosphere of out previous fifteen shows but in a larger and more adaptable space” . 53two founder Simon Naylor says’ “Having such a ‘Manchester-centric’ event at 53two is incredible. It’s exactly the sort of theatre we wanted to promote and work with and its history of bringing the best actors and writers to smaller stages has been incredible. We hope we can play a valuable part in it’s future and providing it with the platform it is now worthy of.” 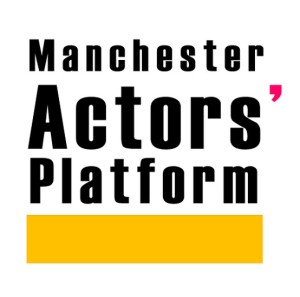 How did you become to be an actor? Is it something you were always drawn to ?
I always wanted to join the army, from about the age of 4. I never wanted anything else really – it was all planned out. I was going to join up, go to university and then go on a officer training course. When it came to signing, my asthma prevented me from even putting pen to paper and that was at about 17. So, in a nut shell, no. I’d always done the school plays and enjoyed acting but it was never my dream.

You trained back at Italia Conti, what did you think your training prepared you for and what didn’t it?
The Italia Conti Acting course was still fairly new when I trained – I don’t think even ten years. As with all acting programmes, they mould and evolve as the industry does (or I believe they should do!). I trained under a Meisner banner which, looking back, wasn’t the best training for me. I’ve since retrained with the techniques of Stanislavski, Uta Hagen, Boal and more and this suits me better. I also now have a better understanding of Meisner – it just wasn’t for me whilst training. What I did learn during training was ‘playing the game’. This sounds manipulative and sinister but it’s not. Acting, particularly now, is not just about delivering a good performance. You’re a business and a brand. Everything you do and everyone you meet in the industry has to put that brand in a good light. Professionalism is something that’s often overlooked but my training stamped that into me and it’s still there now. I see it lacking a lot in students today and it’s a shame. If we were’t there on time, we were locked out, If we were locked out more than three times we were kicked out for good. No questions. I appreciate this now.

Since then you have accomplished many things and one is the fantastic MAP Platform, it’s a service for actors offering classes and things like showreels, what do you think is unique about MAP?
MAP was set up because all around me, actors were being asked to pay extortionate amounts for services that are absolutely essential to them getting a job. Showreels, headshot, training, workshops etc. Actors need these things no matter where they are in their training and, of course there are some incredible photographers and film makers out there, but the fact is, actors cannot always afford £200/£300 – it’s in the nature of the work. However, actors can’t get more work without having these essential items in their ‘brand’ – a vicious circle that I felt was exploiting actors and cashing in on the drive, motivation and passion that we all have. MAP offers classes in TV, Scene Study, Improv, Writing and more, and all the classes are kept low in price and low in numbers, to enable maximum contact hours and better learning; 2 mins in front of a camera over a 3 hour class won’t achieve anything so we work in this way to allow actors the time they need to progress and grow. Our headshots are affordable and our showreels are the cheapest in the country .. we believe. Professional services at affordable prices… that’s what makes us unique.

You are also a director to add another string to your bow (you’re a busy man) What do you enjoy about the process of directing ?
As i’ve got older and spent more time working with actors as opposed to acting, i’ve really grown to like directing more. At first it was a bloody lonely place and I hated that the book stopped with me. Now, I try to direct not by stamping my ideas of ‘what I think it should be like’ on the piece, but by being part of a collaborative team, working with the actors and their ideas. I’m also a very ‘tricksy’ director – I love lights, sound and immersive experiences – but all the time keeping it truthful. It’s great.

What do you like about theatre and film as their different mediums? (as you do both)
I’m currently writing this interview on set of an American doc-drama playing a moustachioed psychopath, and I go into rehearsals for a great new show on Monday. I think I probably prefer TV as I love the subtlety of it, but, in smaller spaces this subtlety still exists. In the bigger spaces, you can’t quite get away with the nuance but there’s nothing quite like performing to 1000 people – that’s why we sign up… I think?!
53Two is a new Theatre you have set up, what is your ethos and drive behind this new company?
53two was set up to provide a much needed bridge between the smaller fringe theatres in Manchester and the big guys; Royal Exchange/HOME etc. All these theatres are amazing but it’s difficult for actors, writers and directors alike to sometimes jump from the smaller venues to the bigger ones. We hope with 53two, we can help this. Also, we will, wherever possible, pay our actors and staff – its a difficult industry and everyone expects something for free nowadays – we’d like to try and change this. Also, as well as just supporting actors, the space is large enough and versatile enough to house shows, exhibitions, parties, rehearsals and more. We want it to be an ‘arts hub’, not just a theatre.

What advise would you give to your younger self?
This is such a difficult question to answer – Obviously I have money worries and I’d love to have saved some, but actually, sod it. I’ve had some quality experiences and they’re invaluable. I guess I’d say not to get completely consumed by your job. You’ve got to enjoy it and to do that, you have to step away from it…but I think that’s just advice for me now, not for a younger me!

What advise would you give to new actors today?
Work harder than you think you can possibly do. If you can keep kicking, you should hopefully reach the surface and find a bit of light in what can be a suffocating industry. Even if you don’t find that tiny break, at least you can make an informed decision if you decide that acting  isn’t for you. Make your own work, get off your arse and do something. I see so many young, talented actors a) failing to ‘play the game’ and shooting themselves in the foot, or sitting at home waiting for the phone to ring and falling into an all encompassing hole. You can’t sit still in this job – there’s always someone…no, 200 people behind you, willing to work for less, longer hours, quicker. Don’t let them.

What would you say to actors who can’t afford to put themselves through Drama school training, what advise would you give them?
BA Training is actually in danger of becoming a thing of the past. There will always be university courses etc but if you’re talking about what was once Drama UK credited courses, then they’re becoming fewer and fewer. Courses are choosing to opt out of it and become a conservatoire training – it has it’s positive and it’s negatives. I think my advice to anyone training anywhere however, whether it be one night a week or five days a week, is make sure you being pushed. Too many courses are letting people settle into cruise control, not challenging them or moving them or developing them as actors, and the students are then accepting that this is enough. If you get comfortable, change class or change what you do in it.
At Actor Awareness we really champion new writing and actors enquiring skills to make their own work, what qualities do you think sets a dedicated actor apart from the crowd?
Someone who’s willing to fail. Everyone sits in their bedroom with great ideas about scripts or developing pieces of work. Those that are prepared to put their necks on the line, money where their mouth is, work in the spotlight will not only learn how to improve it, but will get noticed. It’s great to be a lucky actor, but if you are out there doing stuff, you might just notice that you get luckier that sitting at home. There’s a great big bloody reason for that!

Also as you make showreels, what do you think makes a good showreel? Our readers would love to know this.
A good showreel is short enough to be interesting and long enough to grab the attention – 2 minutes 30 seconds, I think, is spot on. Also, showreels aren’t always about screaming and shouting about death etc. Many casting directors just want to see two people talking. Bigger is not always better! If you haven’t got the footage from professional jobs, find a company that doesn’t charge hundreds of pounds, check their work and make sure it’s professional, and then choose scenes to fit your casting! No dragons, no aliens or post-apocalyptic world stuff – two people, talking, is often what casting directors want to see. You can find variance within that! An unprofessional showreel is just as useful as having no showreel! Don’t shoot it yourself on an iPhone and make sure the sound is good!!! No monologues! This is my personal opinion but it doesn’t show a person ‘acting’ – acting is also listening!