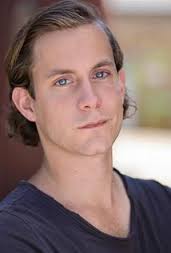 Marc Zammit was raised in Bethnal Green, London. Marc’s career started at the age of 12, training at “Rhodes Theatre School” and “Barking Broadway”. Marc then had his first TV appearance in “The Bill” as a guest star, also appearing in other British programs and dramas as a guest star such as “After you’ve gone”, “Silent Witness”. Marc has taken his career into the film world, and has appeared in a few British Indie feature films.

Marc is making headway in the film industry and here is gives us some insight into his challenges as actor and his projects.

What are your biggest challenges Marc?

I’m dyslexic so i would say it would come down to doing readings, and rehearsals, i work pretty solid solo when learning lines and rehearsing them as i feel i can master what i need to do more and plant the script and lines in my head, when I’m in rehearsals, or readings I’m more focused on reading it right than delivering my performance. Its a tough industry and its a 24 hour job, a very tough industry you got to have thick skin though industry is for tough people so if your not tough become tough because you will need it, make rejection your best friend, i feel some people race sometimes comparing there careers to other people, you just need to focus on you, your target, your mission, your story, your journey. racing and comparing your career to other people will only slow you down, and i would say lose your distractions, why your on a train don’t sit there wasting time playing games on your phone to kill time, learn your lines, read books, develop and progress.

Tell us about your recent film project….
Pandorica is a Sci fi, Fantasy, Adventure, it is a world reset! Where Thade, Eiren, Ares are on a trial to become the new leader! Every Trail is different. no expectations, expect the unexpected. It’s a great Script, Great Story plot and Tom Paton is the Director and he has created something brilliant, and it looks brilliant too, from what I have seen! I’m a sic fi Fan so when I got the voicemail from Tom saying I’d landed the role for Ares I knew it was the beginning of something amazing and I was on my way home walking in the rain Smiling like I had just won the Euro Millions; it is by far one of the best acting experiences in my acting career.

Homeless Ashes is a film your working on also, tell us more about that….

Homeless Ashes! yes its a feature film I’m currently working on and have put a lot of heart into it. its a film about humanity and how we are all equal rich or poor, to raise awareness of homelessness, it’s a big subject that needs to be noticed and to expand the awareness, someone doesn’t plan to be homeless there’s so many reasons and stories how people end up homeless. I hope ‘Homeless Ashes’ can show this affectively, but in a nut shell it’s about a young boy Frankie who runs away from his problems at home and battles his survival on the streets. We are currently filming the teaser, which I managed to get funding for, which I’m over the moon about; amazing support from people has made this happen! I’m doing the teaser to show investors and potential production companies what I can do as a film maker! The teaser is that step closer and will help get the funding for the full length feature film, which is the hardest part of Indie film making!

What attracts you to film?

Talent, Quality acting, directing, and the cinematography, just everything how its made! I love film, I don’t watch a film once I watch it 3-5 times! but I’m addicted to film literally!