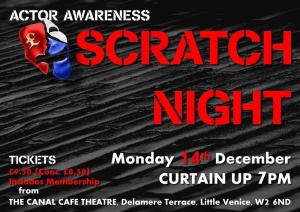 So it has been another fantastic busy month for Actor Awareness.

We had the meeting on the 7th which had a fantastic turn out. The meeting was full of potential ideas and projects which will add to this incredible, ever-growing campaign. [If you would like a copy of the minutes to the meeting, please just ask]

The release of our campaign film “The Industry” was released this month. This is the first film of new company, Type40Films.

John and Simon are both actors sharing a flat in London; but they come from very different backgrounds. John comes from a single parent family in Manchester, where as Simon comes from an affluent family in greater London.
John struggles to find the time to chase the dream that brought him to the Capital, and he finds himself ever more frustrated by the ease of which Simon seems to get by. Tensions rise and the divide between these two friends becomes more pronounced until eventually, John can take no more. A huge thank you to all the cast and crew involved and especially the writer, actor and director of the film, Marcus Armstrong, all of which we couldn’t do without him.  https://vimeo.com/145694444

On the 4th of December there’s a writing workshop that Actor Awareness has set up in The Actors Temple . It is being run by BAFTA winner and writer of “Starred Up” Jonathan Asser. The writers bring something they want to discuss and get feedback on, So please email ASAP on tanheartssteph@gmail.com if you want to be part of it. The workshop is £10! We want to cultivate stories through these meetings, maybe it will lead to some of the writing being shown at a scratch night.