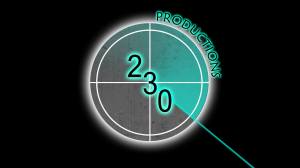 2.30 was set up by actor / writers PJ Selby, Sacharissa Claxton &
Frankie Williams, with the aim of creating opportunities for
themselves and others by collaborating with new talent across the
board.

2.30 have just finished their first project, a comedy series entitled
‘Shilpa’. Look out for the trailer which will be released this month
They are now in production for their new comedy series ‘Baybes of a
Feather’ which will feature on their YouTube channel.

As well as quirky, off-the-wall comedy sketches, they are in
pre-production for three short films to be released in 2016. They are
always on the look out to collaborate with actors, writers, directors
and crew and believe networking and supporting others’ work is the way
to succeed in this industry. Follow them on twitter (@230_Productions)
and Facebook (2.30Productions) for updates, castings or just to drop
by and say hello!

2.30 productions are interested in connecting with people and sharing ideas at future scratch nights and secret film nights that we’ll be organising. So remember to look out for the Actor Awareness events and come mingle.

An actors job is ever evolving and we need to come together, collaborate and help each other in moving forward, ideas can grow with hard work, commitment and passion.